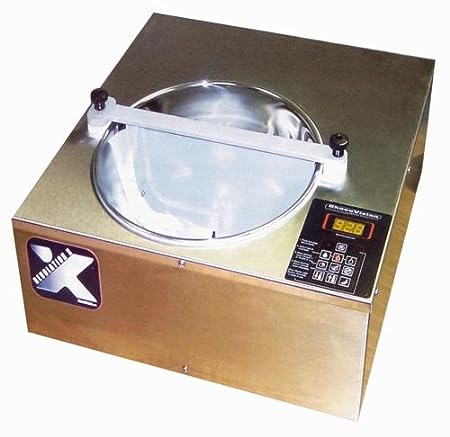 The Society is a c 3 not-for-profit organization dedicated to the advancement of the culinary arts. These advertising-free forums are provided free of charge through donations from Society members. Anyone may chocovieion the forums, but to post you must create an account. It depends on your needs. If you temper a lot and need quick tempered chocolate I think it is worth it. As I said, this with the melter gets me the efficiency I can’t do without!

It is easy to get used to “luxury” Like a dishwasher If you’re looking at the model like I have, the Rev 2it’s good if you only are doing very small batches.

It only melts 1. If you’re doing chocolate on a commercial scale, then the Rev 2 isn’t for you. I’d invest in a commercial grade machine. I have nothing but negative criticism for Chocovision. I had a terrible experience with them. They were great until I had problems such as receiving a machine that did not work, returning it, and chofovision having exactly the same problem with the next machine they sent me. They agreed to refund my shipping costs Either purchase a Hilliards or chocogision melter but stay away from chocovision.

I have the X two of them. I know the service is awful and I also had a “fight” with them about something. Revollation my machines do work and do help me. I guess if a place chocovisoin a similar version and better customer service I would rather go with them. But in general, a chocovisikn temperer is convenient. I’ll put my 2 cents in the cocovision 1.

I did purchase Hillards Little Dipper and I love it. For molding it’s a bit messy but not that bad. I’ve had mine for 4 years and nothing has gone wrong yet.

Do your research before you buy.

I’ve had a Rev2 for about 4 cyocovision now. I had problems with the first Rev2 that I got motor burned out within the first weekrevolatioj I received a replacement unit from Chocovision the next day.

Chocovision’s service people were very responsive to me and immediately replaced the defective unit at no cost to me. This one has been going strong for years now with absolutely no problems. My only issue is capacity since the Rev2 can only temper up to 1. I knew that when I bought it though, but just couldn’t afford a bigger unit. 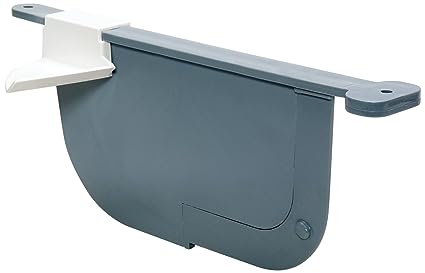 Capacity is less of an issue but still an issue now that I learned that you can just add melted untempered chocolate to the the tempered chocovizion in the machine and still maintain the temper. I’m not using the unit in a commercial setting, but I do use it at least two or three times a week for hours each time.

The unit does a good job tempering and is convenient. I’ve had my Rev 2 for about 3 years and use it often. I bought the Rev 2 at the time because I didn’t expect to need more capacity. Now I’m using it several times a week and run for hours on weekends when I do most of my production. The ‘container’ is not big enough to dump your excess chocolate directly either. Any speed increase or streamlining helps, especially in a long day of making chocolates.

Maybe a little less glamorous or fancy, but it does the whole temperature control thing and is rock solid reputation. For that price, it’s been worth it. I’ve never had much skill at tempering, and this machine got me over the hump. It’s very slow going, though – if I made chocolates more than a few times a year I’m sure I’d get frustrated with the pace and limits of a 1.

I certainly wouldn’t consider it for any sort of commercial production. That said, I’ve been using it for 4 years or so and not had any trouble, and with Lior’s tip in this thread may well find new life in it.

I started with a Sinsation Machine many years ago and found it did not have the capacity I needed and the noise of the darn thing gave me a headache after a couple of batches of tempered chocolate. It is like listening to a blow dryer run, and after an hour or two I couldn’t take it anymore! So I have gone the melter way. I do pull it out now and again to temper a little bit revolatipn chocolate if I am using it for a decorative affect on top of the chocolates I am making.

I usually put the sinsation in a nearby room where I can hear it in a distance but don’t have to listen to the machine. It is handy for some little tasks chocoviwion not for my main work. For the price, revolatiin what I have ended up using it for, it is not for me.

If you are going to do more than 2 dozen in a day then don’t bother, but if you are doing less, and don’t have to melt a large volume of chocolate then it will do.

You have to decide chocovisjon the price. Thank you all so much! And great advice on other temper machiine makers to check out! Well, I’m new here, at least at being able to post. But, I just received the Revolation Delta, and used it for the first time today. I am impressed so far. I use El Rey exclusively and the only thing I changed temp wise on the machine was when it was in temper mode I raised it from the factory setting of The set melt temp is and that is in the range that El Rey recommends.

I was rather surprised at how quiet it is. I had heard that a lot of the smaller machines were really loud so I was worried chocvision that. But, hardly any noise. I had issues about spending that much money, but I needed a machine to help me with production, and will just hope things keep going as well as they did today.

I was more impressed with this machine being computer controlled with a fan for temp regulation. Some of the ones I’ve read about use a light bulb for the heat source. Although my machine was purchased on Ebay from a dealer The little temperature metal piece came loose after just a few usings.

I had no idea that it would do so. Then when I purchased a second unit months later, they sent me a baffle with the same unfortunate temperature piece. I phoned in some despair over this problem. Chocovision then told me to keep it, and they sent me yet another unit and with a gift for my trouble I was stunned when I unwrapped them.

Anyhow, I was truly amazed at the trouble they took on my behalf, especially when I bought the original unit on Ebay for less than half of the regular price. Rwood, could you please let me know how you are getting on with the Delta and if you have had any problems since it has been a few weeks now. This is of a little concern for me as I only buy seed and would not want to have to buy chocolate blocks to use with the machine. Is it possible to melt the chocolate to a certain point in the microwave and then pour it into the tempering machine to take it up to required temperature so as to save time?

Any information you could office on the machine would be really helpful. I am in Nigeria and once I buy the tempering machine it would not be very easy getting replacement parts from the US so I need to make the right decision. Does anyone know if Chocovision offers demos? Finally, I am in Chicago next week and would really appreciate it if there is anyone in the area with either of the tempering machines so that I can see how exactly it works.

I can fully understand being far away from technician help and tis can be sticky.

That being said, the Delta is a newer version and I think better. I would trade mine in for one right away. I usually use seed. No problem and more common to. Yes you can melt in micro and then pur in, but I don’t find the need to.

I think getting two bowls for switching quickly between chocolate types is clever. Get two baffles or if it gets too expensive, then get two of the smaller parts to be safe. Their shipping costs for even a thumb sized piece to abroad is earthquakingly ridiculous. 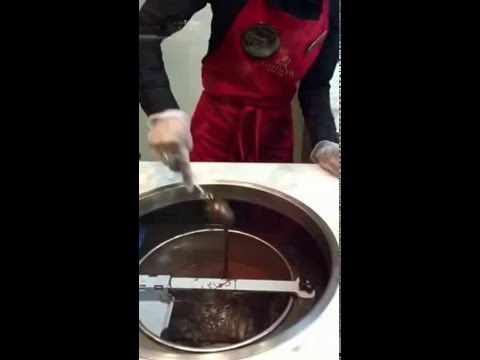 So far, the machine is still doing very well. My only problem I have had is with cocoa butter in the molds sticking. I’ve been tweaking it a lot, and have found that the factory setting of I’ve raised it to 90 chocovisoin it was much better. I only had a few losses. I may still raise it a little higher, may a half of a degree.

I think depending on the chocolate you use, you may have to experiment to find the right temperatures for your brand.